“After all this time?” “Always,” said Snape. –The Deathly Hallows

Are you the big fan of Harry Potter series?

Then you will also be the big fan of these books!

1. The Lion, the Witch, and the Wardrobe (The Chronicles of Narnia)by C.S. Lewis 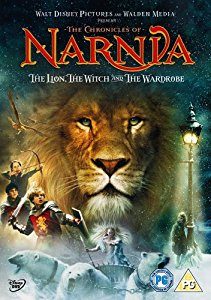 Four adventurous siblings—Peter, Susan, Edmund, and Lucy Pevensie—step through a wardrobe door and into the land of Narnia, a land frozen in eternal winter and enslaved by the power of the White Witch. But when almost all hope is lost, the return of the Great Lion, Aslan, signals a great change . . . and a great sacrifice.

Open the door and enter a new world! The Lion, the Witch and the Wardrobe is the second book in C. S. Lewis’s classic fantasy series, which has been captivating readers of all ages with a magical land and unforgettable characters for over sixty years. This is a stand-alone read, but if you would like to discover more about Narnia, pick up The Horse and His Boy, the third book in The Chronicles of Narnia.

2. The Unwanteds by Lisa McMann

A riveting middle-grade dystopian novel from New York Times bestselling Wake author Lisa McMann that Kirkus Reviews calls “The Hunger Games meets Harry Potter.”
When Alex finds out he is Unwanted, he expects to die. That is the way of the people of Quill. Each year, all the thirteen-year-olds are labeled as Wanted, Necessary, or Unwanted.

Twelve-year-old Artemis is a millionaire, a genius-and above all, a criminal mastermind. But Artemis doesn’t know what he’s taken on when he kidnaps a fairy, Captain Holly Short of the LEPrecon Unit. These aren’t the fairies of the bedtime stories-they’re dangerous!

4. The Search for WondLa by Tony DiTerlizzi

Living in isolation with a robot on what appears to be an alien world populated with bizarre life forms, a twelve-year-old human girl called Eva Nine sets out on a journey to find others like her. Features “augmented reality” pages, in which readers with a webcam can access additional information about Eva Nine’s world.

5. So You Want to be a Wizard by Diane Duane

Something stopped Nita’s hand as it ran along the bookshelf. She looked and
found that one of the books had a loose thread at the top of its spine. It was one of those So You Want to Be a . . . books, a series on careers. So You Want to Be a Pilot, and a Scientist . . . a Writer. But his one said, So You Want to Be a Wizard.
I don’t belive this, Nina thought. She shut the book and stood there holding it in
her hand, confused, amazed, suspicious–and delighted. If it was a joke, it was a great one. If it wasn’t . . . ?

6. The Golden Compass by Philip Pullman

Lyra is rushing to the cold, far North, where witch clans and armored bears rule. North, where the Gobblers take the children they steal–including her friend Roger. North, where her fearsome uncle Asriel is trying to build a bridge to a parallel world.

Plain Kate lives in a world of superstitions and curses, where a song can heal a wound and a shadow can work deep magic. As the wood-carver’s daughter, Kate held a carving knife before a spoon, and her wooden charms are so fine that some even call her “witch-blade” — a dangerous nickname in a town where witches are hunted and burned in the square.

#tbt to three #DanaHall students hanging out in th

#tbt to the Chamber Singers performing in 1997 @Da

#tbt to two students sledding on a very snowy day

#tbt to the #Classof2010 getting excited about the